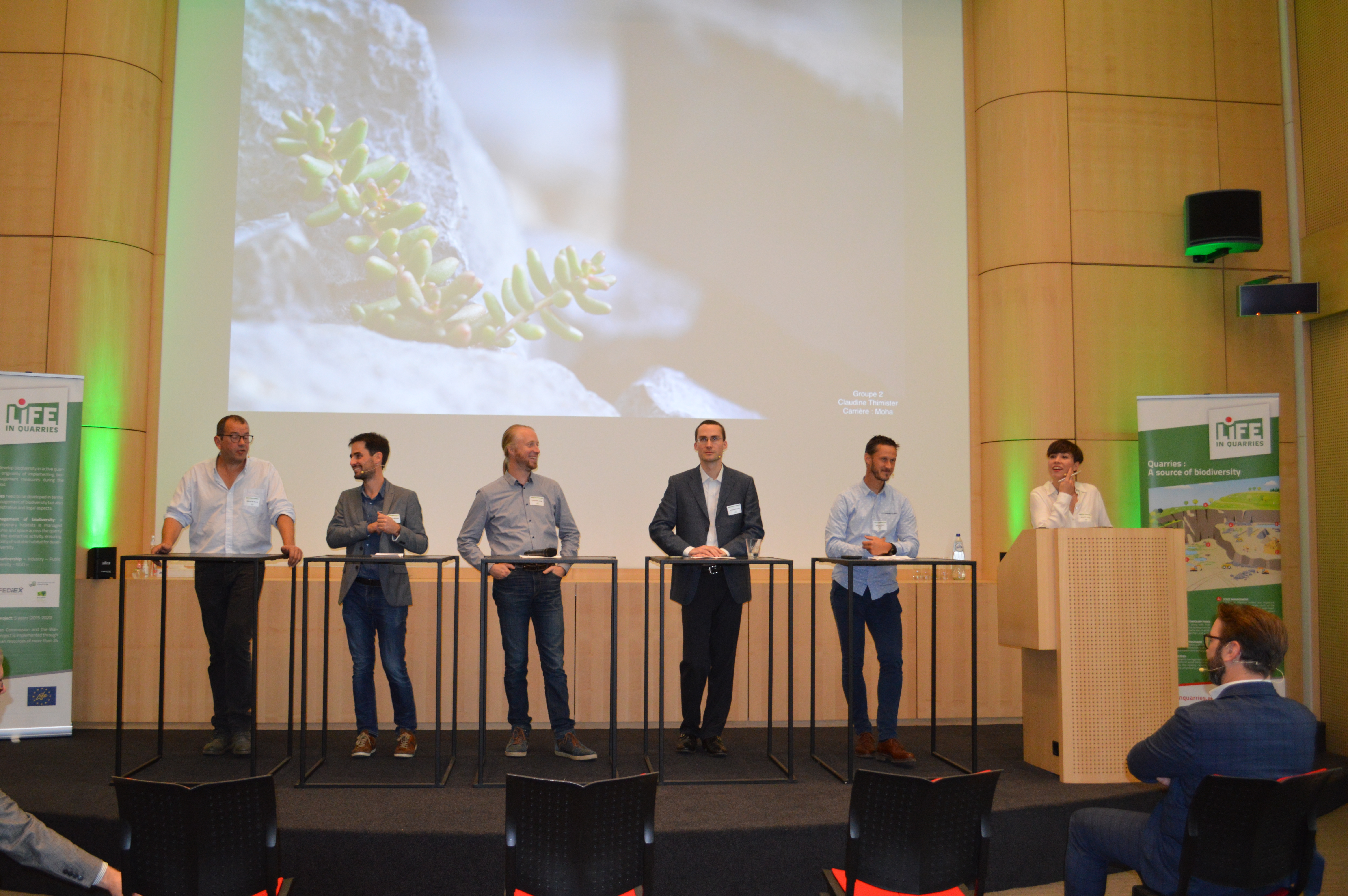 On 26 and 27 October, the closing conference of the LIFE in Quarries project took place!

During 2 days, the whole team worked hard to present the different aspects of the project – from its genesis to its legal, biological and human implications – in the clearest and most exhaustive way possible, including an explanation of the management on the ground and in the future of the hundreds of actions in favour of biodiversity that have been carried out in the 26 active quarries that participated in the project!

We had a busy day coming, but the speeches followed one another in harmony and the schedule was respected.

In all, 15 speakers from the academic, environmental, industrial and even political worlds, such as Minister Céline Tellier, took to the microphone in the FEB’s Victor Horta room in Brussels to defend, congratulate and encourage the extractive sector in its ambitious approach to biodiversity, as embodied in the LIFE project.

Thank you to all that took time to entertain us about the different aspects of the project.

If you were not there on the D day

As announced during the conference, this event was recorded in its entirety to allow you to watch the different presentations – in full or in part – and to see them at all for those who were not with us on 27 October.

The video and the download link are available until 29 November.

After that date, the video will no longer be available.

For a link to the video on Vimeo, click here: 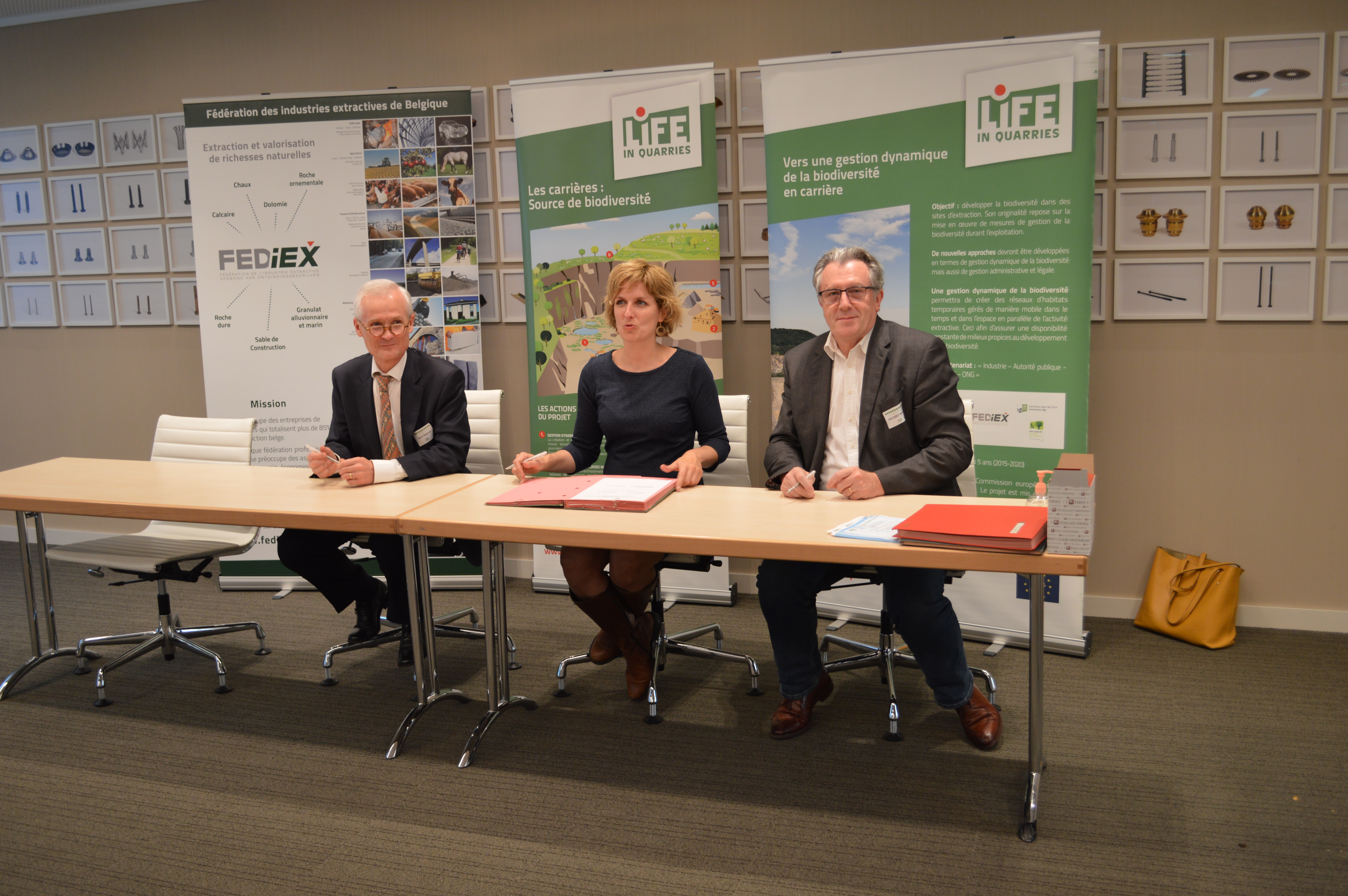 Minister Céline Tellier at the signing of charters at the end of the LIFE in Quarries final conference.

Thank you to all the participants

A total of 170 people attended our first day of the conference, either by being physically present in Brussels, or online, via our webinar option. 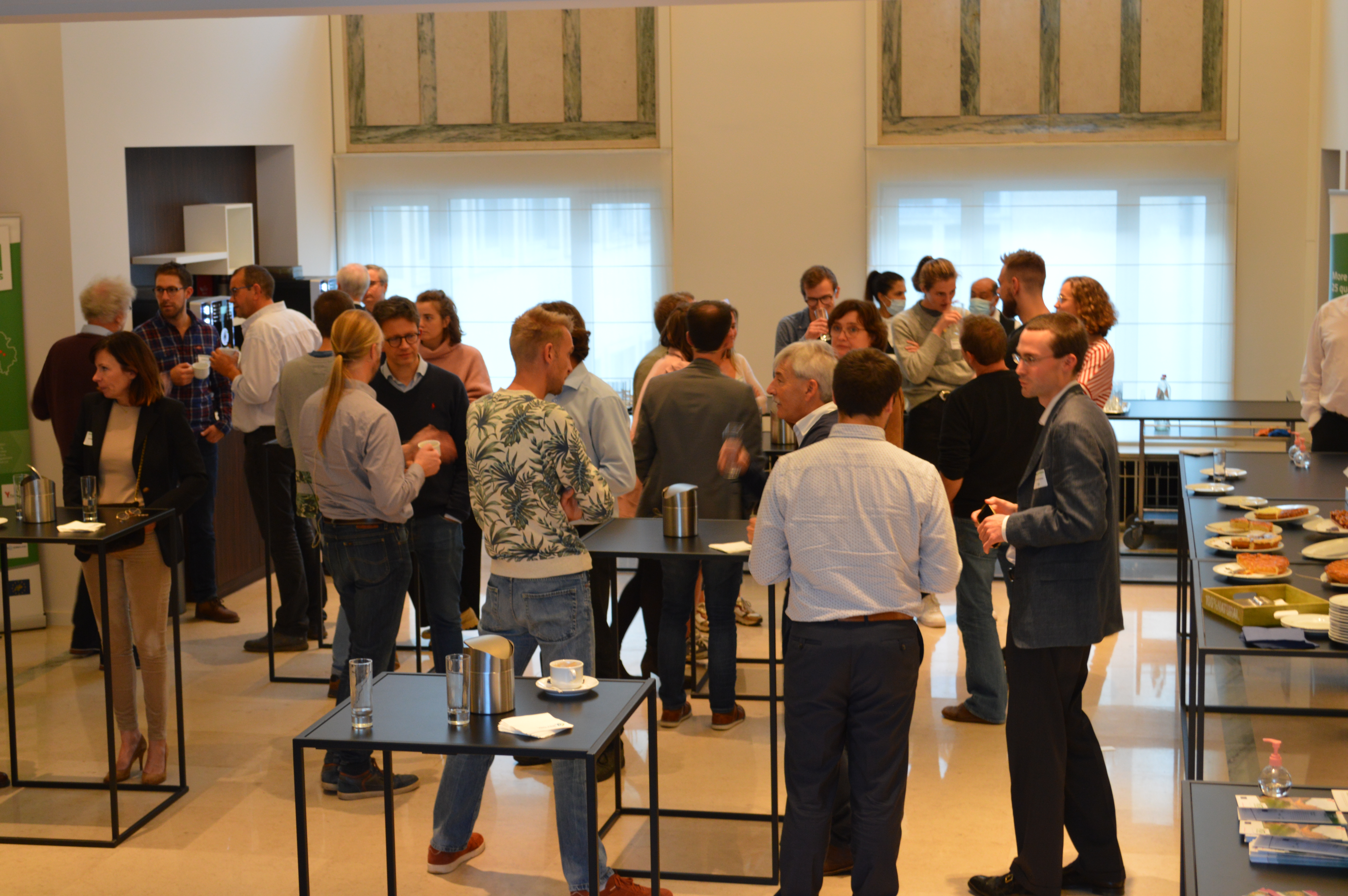 For one day, the Victor Horta room of the Federation of Enterprises in Belgium (FEB), rue Ravenstein in Brussels, became the theatre of the LIFE in Quarries project.

On the second day, we took you to two quarries that are members of the project. And it was under the sun that the fifty or so participants, guided by members of the LiQ team and in the presence of the quarrymen responsible for the site, were able to discover some of the actions developed in favour of biodiversity in the heart of these active quarries!

The participants, split into 2 groups, had the opportunity to see the biodiversity-friendly developments at the Clypot quarry and the Quenast quarry… under a radiant sun!

Thank you all for your presence, your interest and your participation! It was a pleasure to welcome you and to share with you the lessons of this innovative and ambitious project of which we are all extremely proud and congratulations, once again, to the whole project team who ensured that this conference left its mark by its clarity and dynamism!

And judging by the reactions we received, we can say that it was a success!

A closing drink was organised at the Clypot quarry at 2pm on Thursday 28 October. This was an opportunity for the participants of the second day to meet and discuss over a hamburger, under a tent set up on the heights of the site, for the event.