Despite a rainy spring, inventories of fauna and flora have confirmed the biological interest of the first phase quarries. 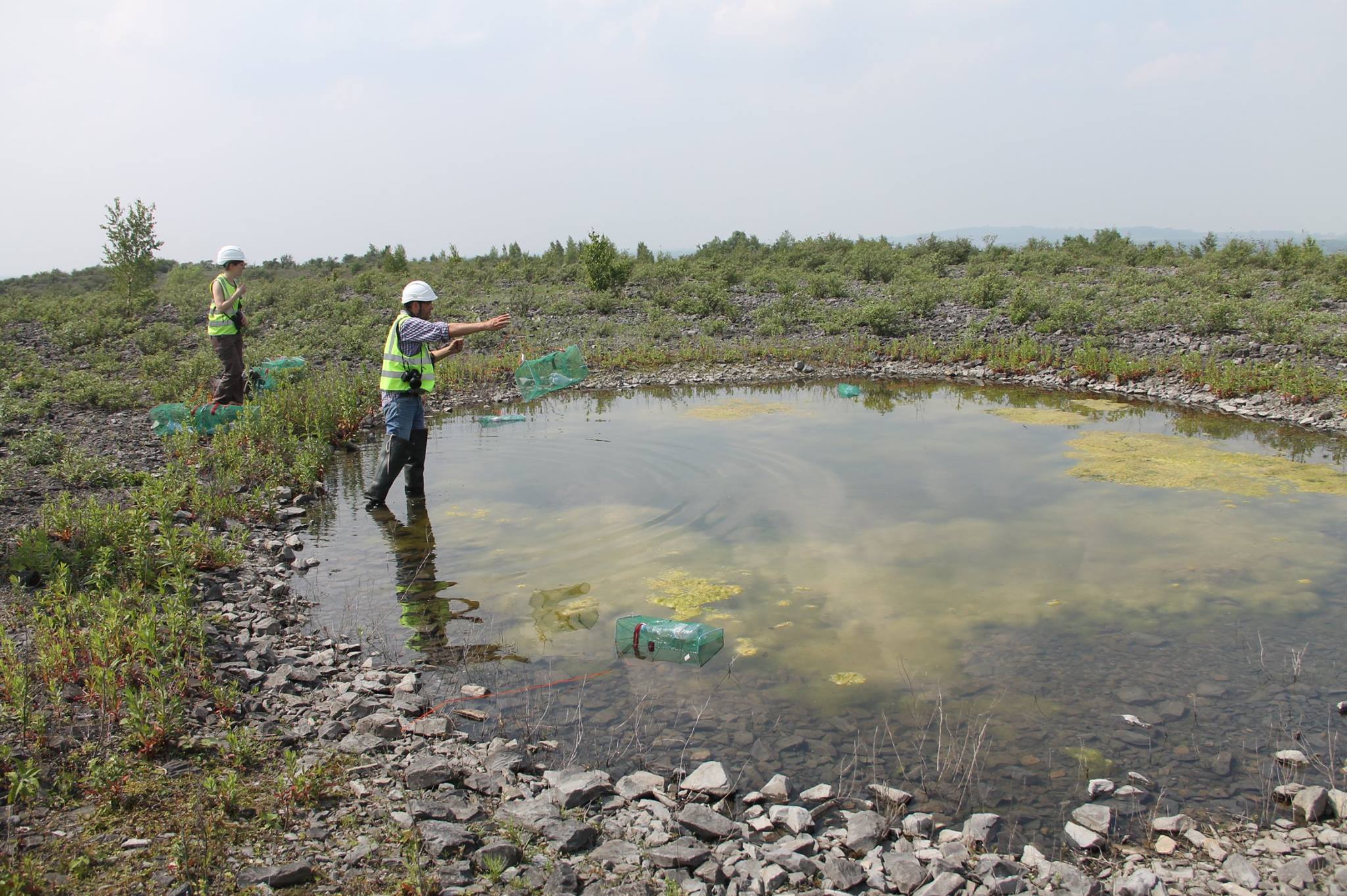 Our team is installing traps in the ponds dug as part of the project to try to determine the presence of tadpoles and newt larvae. 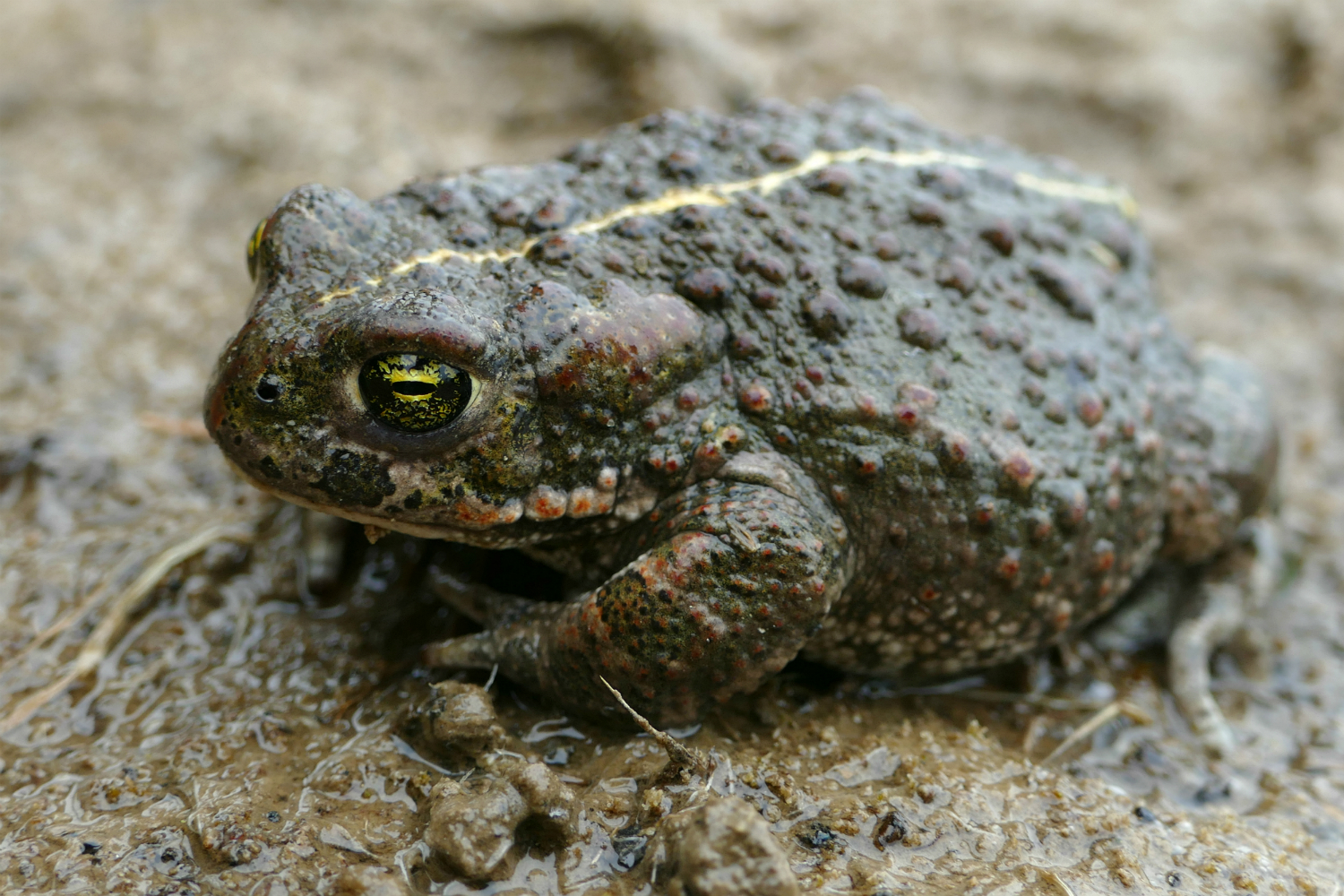 The Natterjack Toad, a pioneer target species of the project  is easily recognizable by the yellow line that crosses its back lengthwise. 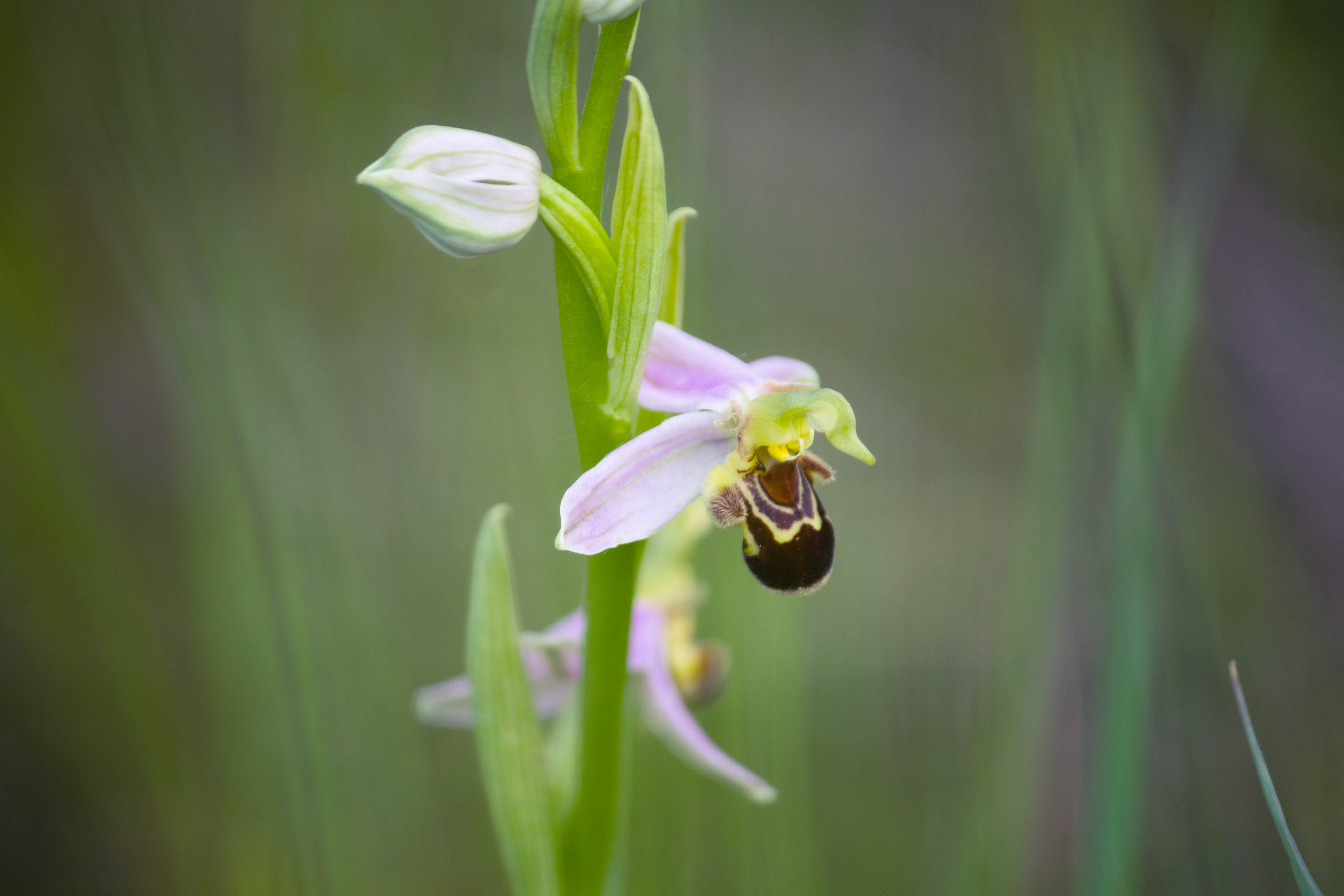 This small species of Orchid is called the Bee Orchid because its several small flowers have a lip resembling a bee. shaped this way to attract pollinating insects. A reproduction strategy that appeared during evolution.