Yesterday our teams rolled up their sleeves and took out … the machetes !!

This Tuesday of July 2020, our team was on the field, on the outskirts of one of the quarries members of our project, filled with black locusts (Robinia pseudoacacia), a species of tree endemic to a few small areas of the United States that has been widely planted and naturalized elsewhere on the globe and is, nowadays, considered an invasive species in several countries. 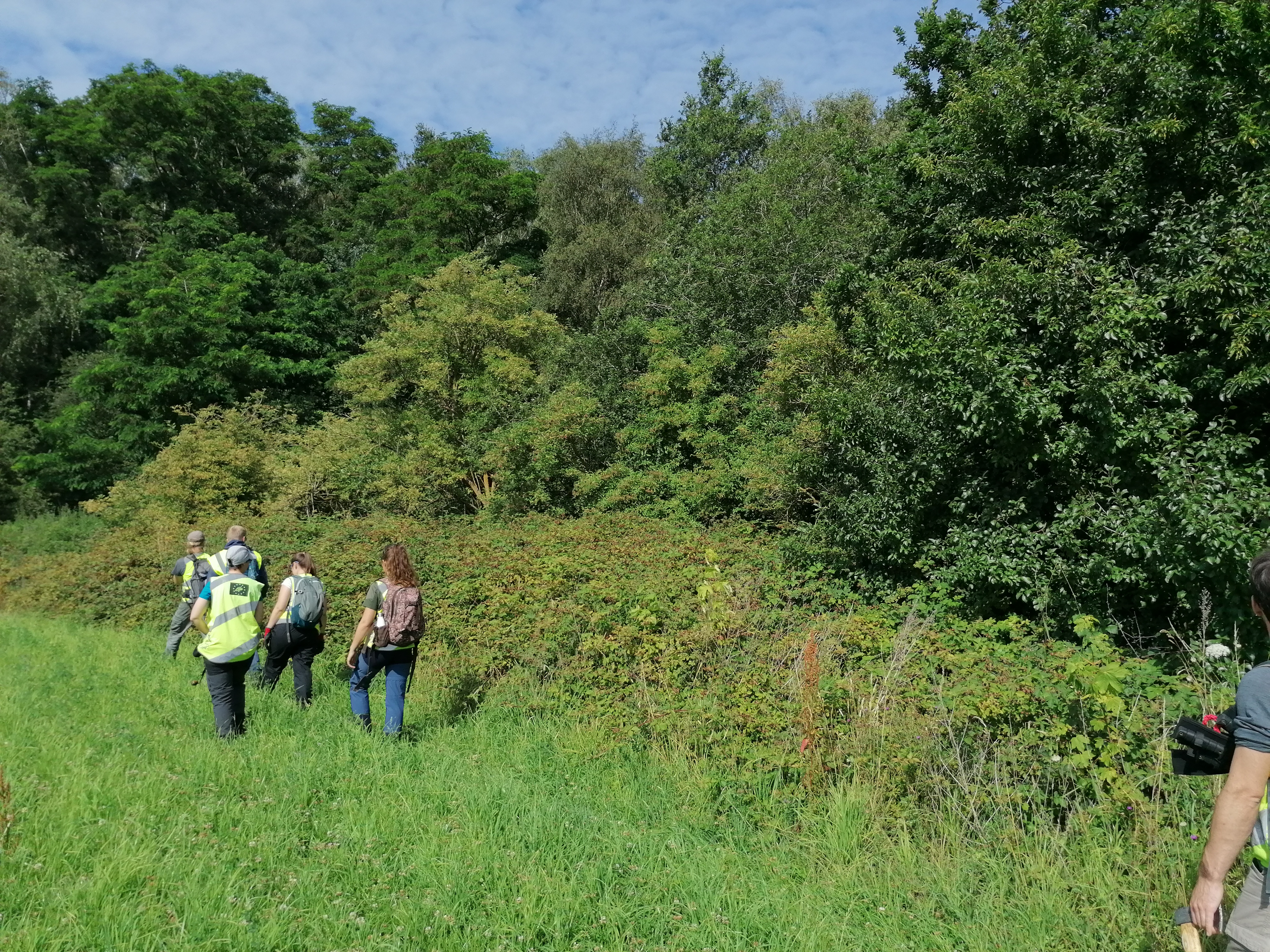 From the Fabaceae family (legumes of the Viciaceae subfamily), the black locust is, in Belgium, specially used to stabilize embankment and “revegetate” inert areas thanks to its nitrogen-fixing roots (a common  property to most Fabaceae) which durably improve the quality of the soil.

This pioneering species with rapid growth can reach 20 to 30 m high for 1 m in diameter 2. The problem is that by it’s revegetatives properties,  it is removing the “bare side” of this zone in the outskirts of a quarry, making it difficult to live for the target species of Life in Quarries in place, which need a low plant cover and / or  poor edaphics conditions. 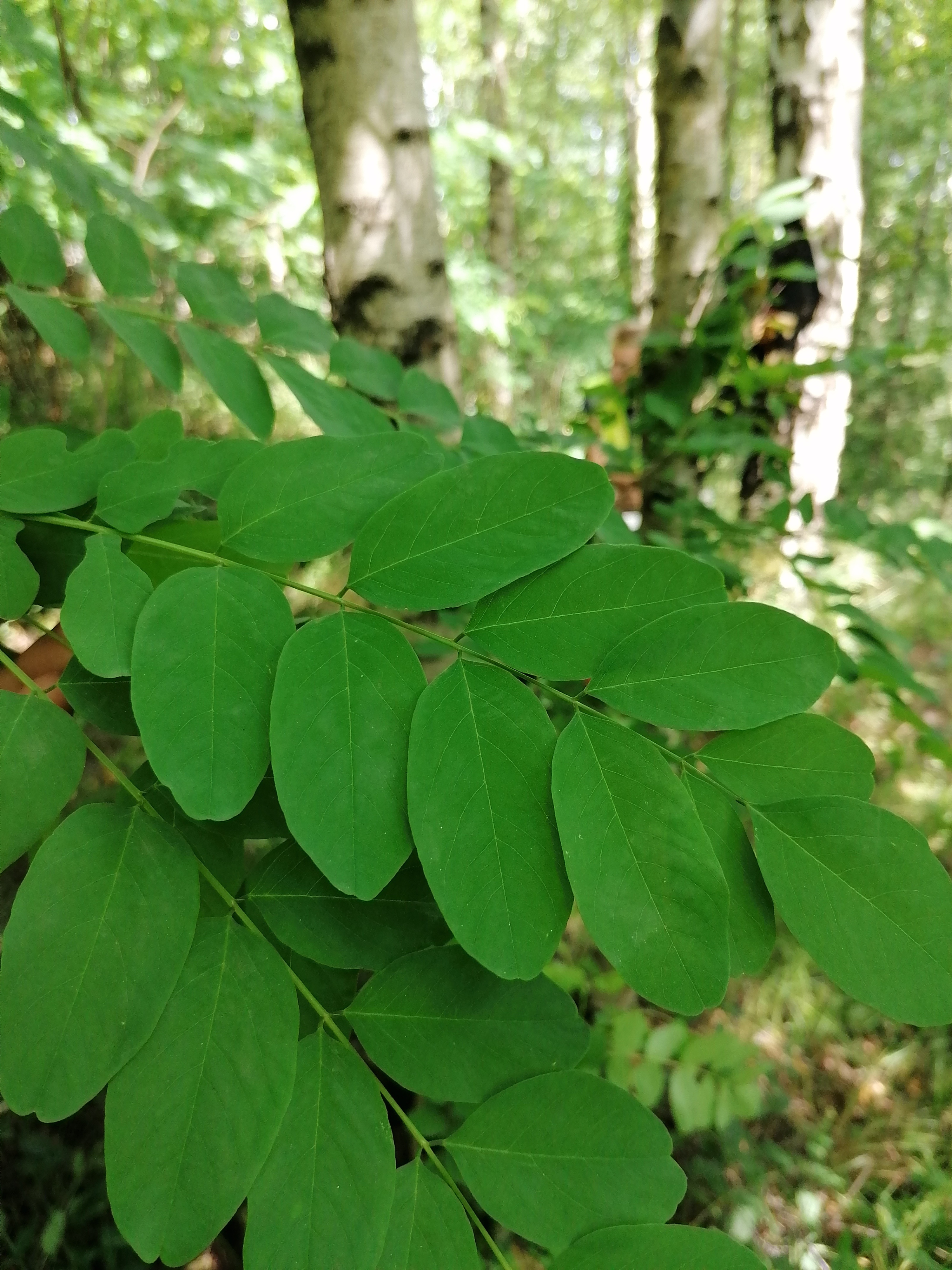 This is why it was necessary to make a choice between these threatened / rare target species and this tree, also called “false acacia”, which has become a common arch.

Additional difficulty: the black locust doesn’t like being attacked. Thus, if it is cut “frankly”, it will suckle before wasting away, ensuring its sustainability through multiple descendants. 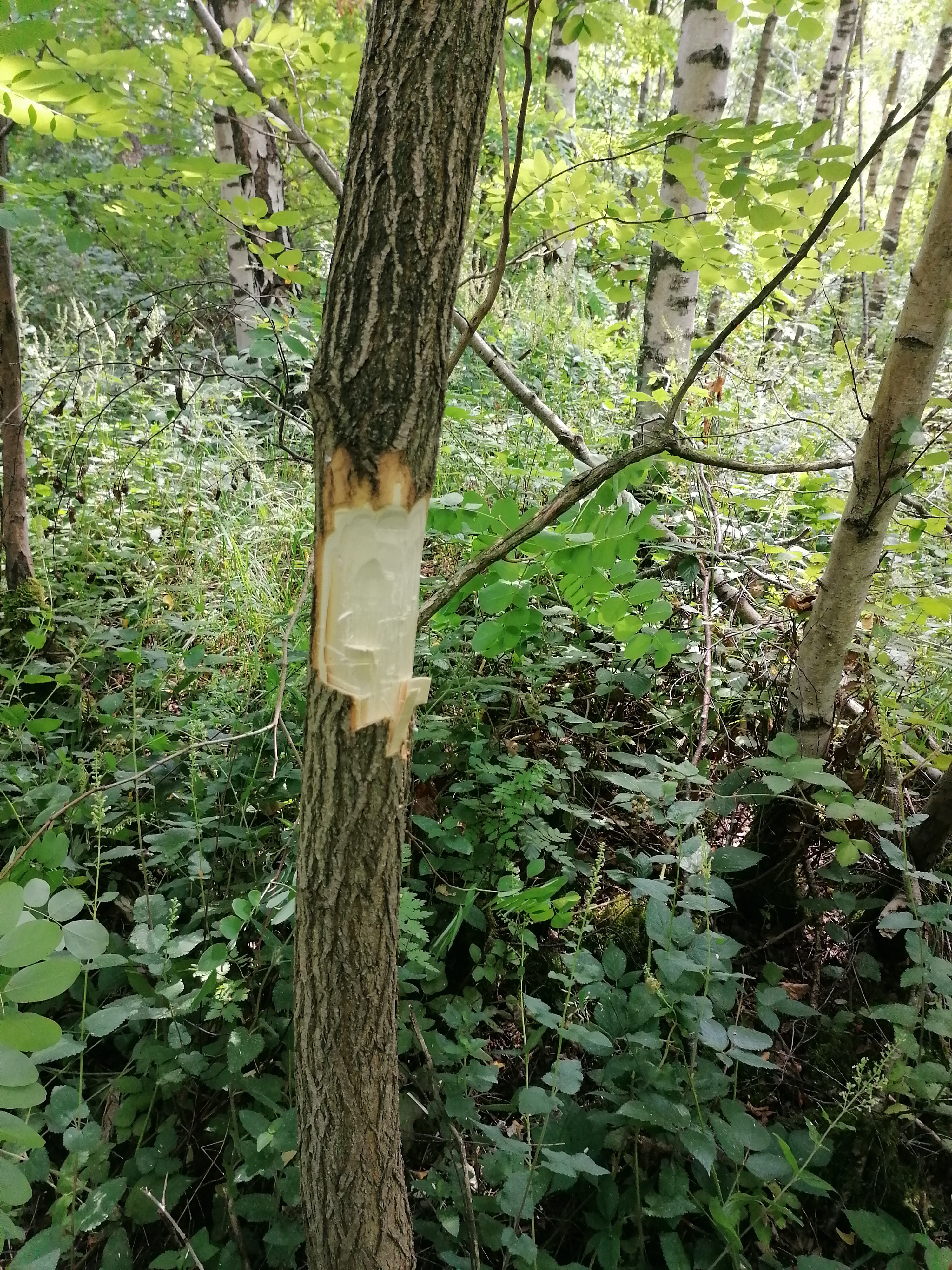 Our technique: remove, on a delimited part of the trunk, 90% of the bark, depriving the tree of its cambium (also called second bark, an internal protective tissue responsible for the formation of wood). And to prevent the locust from panicking and sucking: 10% of the bark is left as “sap-puller” so as to lure the tree.

By doing this, the Life in Quarries team is ensuring the restauration of pioneer conditions for the species targeted by the project.