Finally a futur in Wallonia for the Yellow Bellied Toads ?

Our first re-introduction of  Yellow bellied toad’s juveniles took place in a Walloon career participating in the Life in Quarries project! 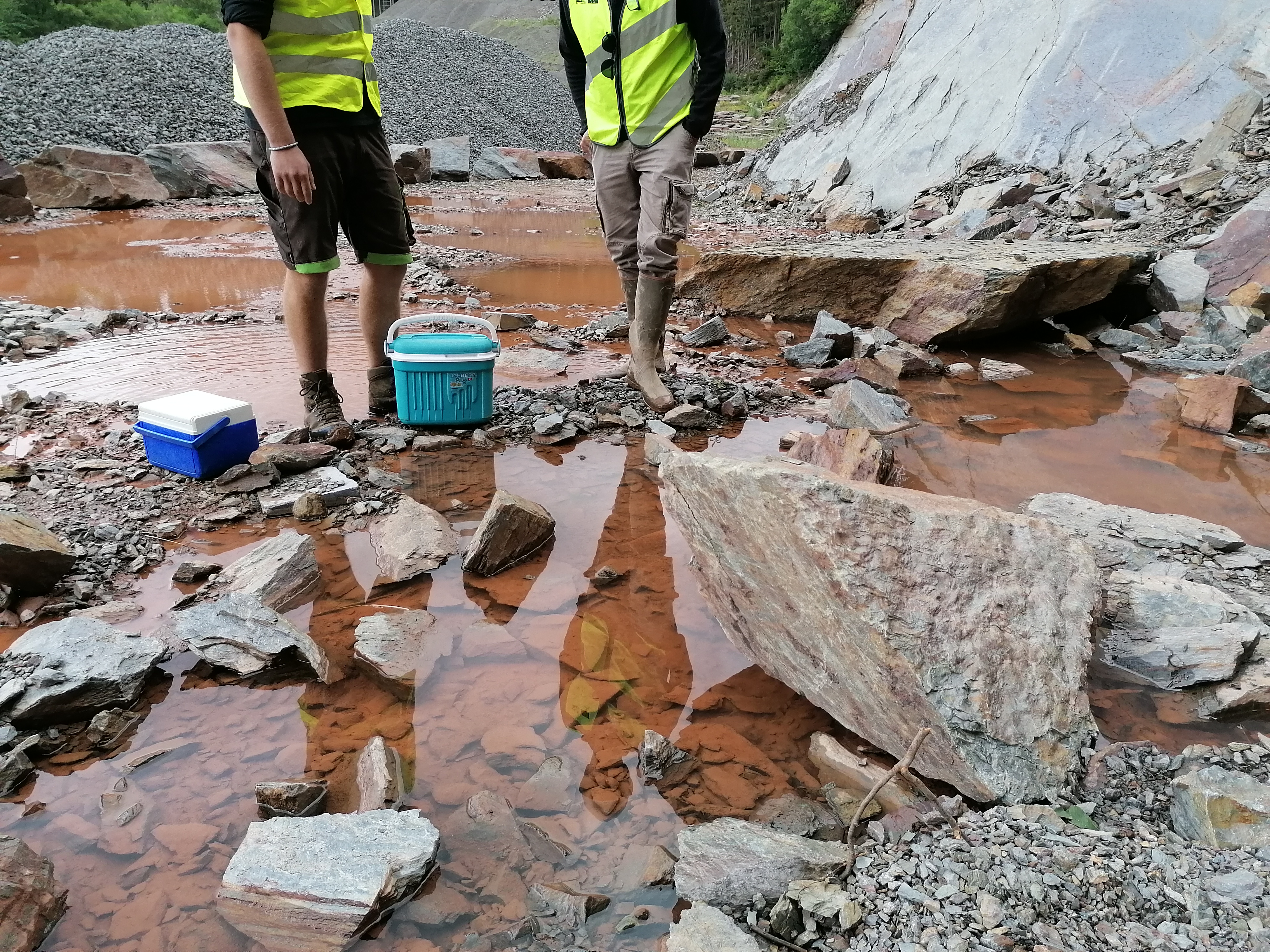 Last week, we were introducing, in a first article, this little amphibian with a yellow belly stained with black and we told you about his incredible rescue, in Wallonia, thanks to the incredible enthusiast of a fan of the species, to whom we owe the remaining populations today.

This week, we are taking you, through a broadcast report to meet the various actors who watch and work, as part of the re-introduction campaign organized by Life in Quarries, to ensure the return to the sources of this little colorful toad.

And if you want to have access to the Jt in its entirety, go to RTBF Auvio! 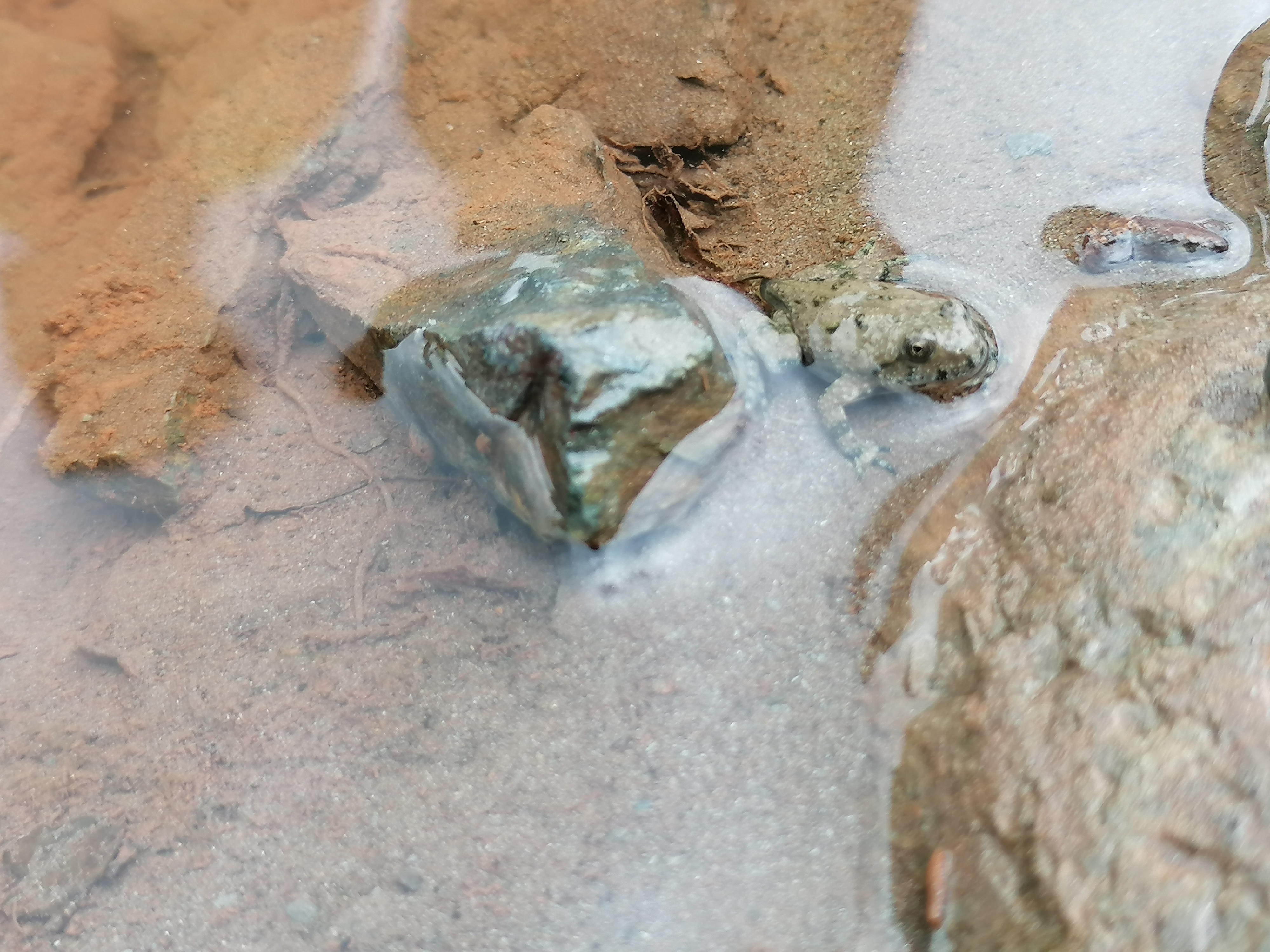 Transcript of the broadcast report

Voice off: On 1 p.m., Ophelie Fontana

– The wearing of the mandatory mask tomorrow in shops and closed public places, the first reactions in a moment with Benjamin Carlier.
– After 4 months of debates, the authorities have therefore agreed with the experts, the Prime Minister has just expressed, the details with Imam Messoudi.
– Portugal in the red zone. Belgians can no longer go on holiday to the Portuguese capital. Tui suspends, moreover, his flights to this destination, Quentin Warlop will tell us about it.
– A boost for the ratists, the House approved the bill for financial aid, until the last moment this cultural world is mobilized.
– And do you know the yellow-bellied toad? Belgium is trying to reproduce this endangered species, to see at the end of the newspaper.

O.F: Let’s go back to Belgium with another animal, the yellow-bellied toad to be very precise, and it is very precisely the most threatened amphibian in Belgium. We try, moreover, to reproduce it at the Domaine des Grottes de Han, where Arnaud Bruckner is returned.

Voice off: In this nursery, a miraculous one. With his yellow belly, this toad was almost extinct in Belgium.

Anthony Kholer (Deputy Head of the Han Cave Estate Animal Park): So there we have 4 males, 4 females, who are there as part of a breeding project, we reproduce these animals. You raise them here, and when they’re on the verge of maturing, well, in fact, you’re just going to reintroduce them back into the natural environment.

Voice off: Inside these basins, 700 tadpoles, at 5 weeks, 50 are ready to be reintroduced into the natural environment.

Anthony Kholer: Right now, we’re actually catching the last tadpoles so we can do the transfer. They have reached, as we can see, a stage of development which is optimal for the released.

Voice off: And it is in this career that they will grow up now. Despite appearances, this environment is perfectly suited to them.

Thierry Kinet (responsible for monitoring amphibians – Natagora): It is a species that seeks temporary ponds, which dry regularly, several times a year, to reproduce and therefore, it is really an environment created by the activity of the quarries.

Voice off: In this quarry, two places of re-introduction: these rocky puddles but, also, a “real” pond.

Alexandre Sneesens (coordinator of the project Life in Quarries – Fediex – Federation of the extractive industry in Belgium): The goal is to take advantage of the opportunities of quarries that are special areas for biodiversity. And so to sensitize the quarry workers to the biodiversity found in their sites and what they can do to promote it. So we raise awareness among them about it and we make sure that they have a long-term action plan to be able to maintain the species concerned on their sites.

Voice off: And use the human to help the animal, as for our toad.

Anthony Kholer: This animal almost disappeared because its habitat has disappeared mainly because of our activities and today see that our activities recreate habitats suitable for this species, is realy interesting because it shows that there is a certain loop that is closing and that will make it possible to give back its place to this nature.

Voice off: Within two years, these tadpoles will be mature, with the hope that they will allow the species to survive, between industry and nature.