Medicinal herbs between the rocks

Discover the medicinal virtues of two plants that pioneered our quarries and which do not look like much but can heal yours.

If today, the word garden rhymes with barbecue, lawnmower or swimming pool, and the plants we own are usually limited to flower pots on the balcony and a half-dead basil in the kitchen, there was a time when painkillers were not part of every home, and when ailments caused by the flu or indigestion could prove terribly painful or even fatal.

This is why, in the past, the first gardens appeared. To grow medicinal herbs called “simples” in french .

Growing your own pharmacy

For those of us who are not familiar with this term, which comes straight from the Middle Ages, “simple” plants are plants. Simple and basic plants such as coriander, mint, lemon balm, chervil or nettle, “good herbs”, which have medicinal virtues known since antiquity and which were cultivated by private individuals but also by religious communities whose vocation was also to heal the sick who came for treatment.

For example, sage, which soothes digestive problems, rosemary, which purifies the liver, and lavender, which helps people to sleep. Once considered indispensable, these species with medicinal virtues were associated with other aromatic or condiment varieties (helping to preserve food).

This brings us to our Little Centaury, a tiny plant of 10 to 40 cm  from the Gentian family, which grows on open habitats like the pioneering grasslands created and managed as part of the Life in Quarries project. 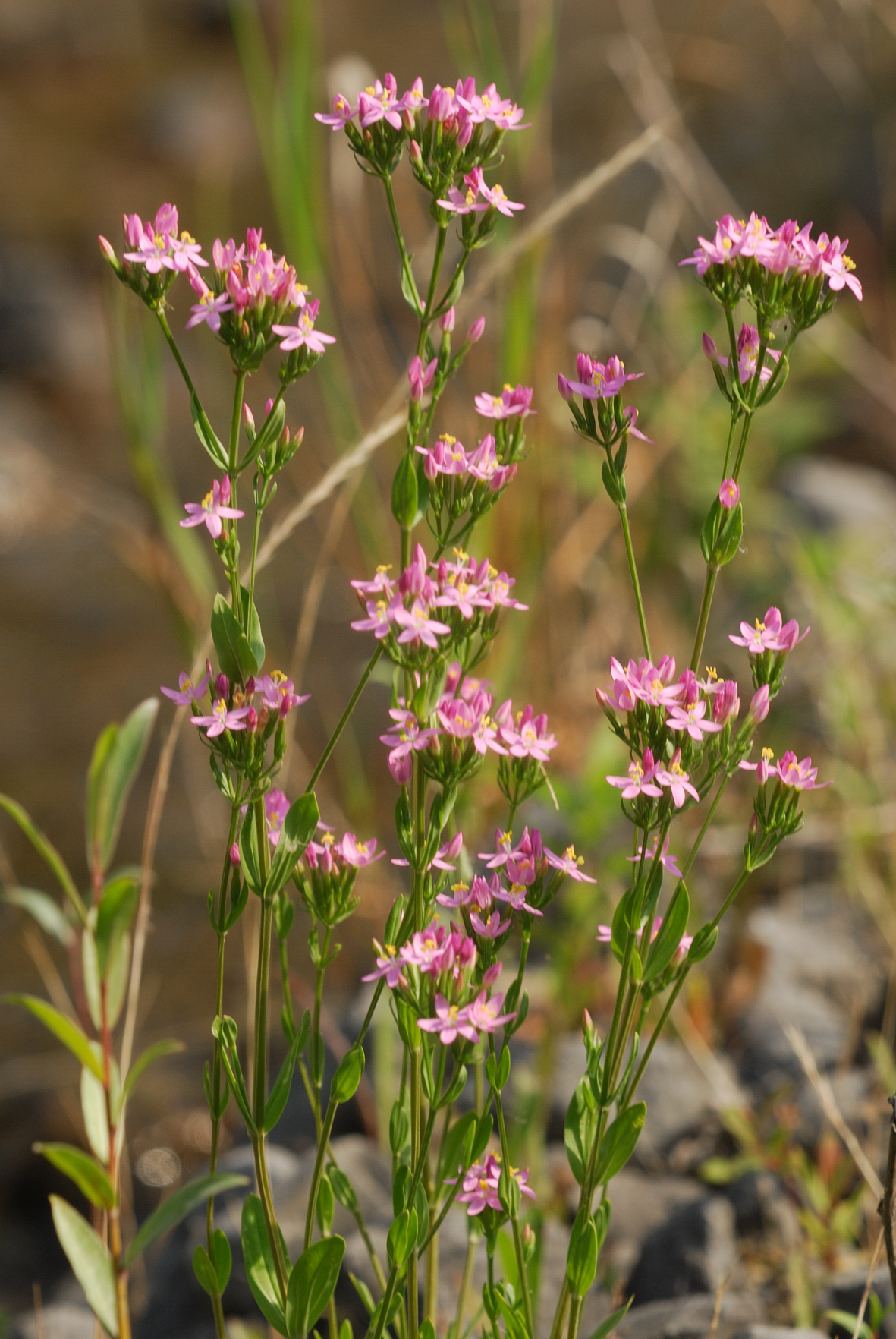 A pioneer, but also a medicinal herb, since the Little Centaury was, still not long ago, called the “Fever Grass”.

Used to stimulate the appetite and to aid digestion thanks to its bitter properties, Little Centaury (Centaurium erythraea) is a kind of “general tonic” that serves as much to purify the liver and stomach by increasing the secretion of gastric juices as it does to bring down fever and fight against fatigue or intestinal parasites. It can also be used externally as a local antiseptic or healing ointment.

What brings us to…

Unlike the Little Centaury, the Spring draba does not have pink flowers but white ones with four petals.

Of a maximum high of 15 centimetres , the finger nail plant (Draba verna which literally means “acrid spring”) is a plant with healing and astringent properties. In other words, it tightens and dries the tissues for better healing. 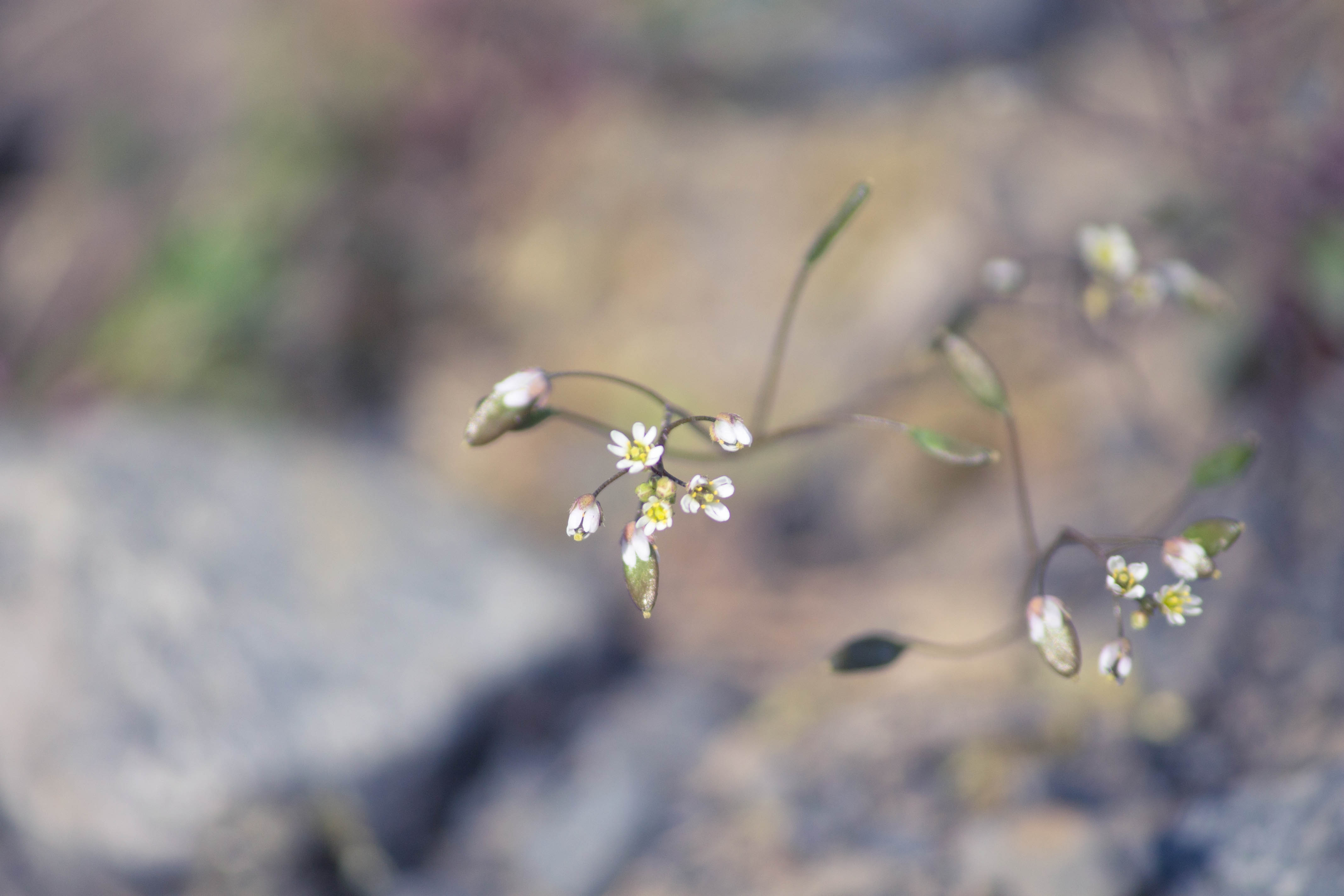 In the past, it was used by doctors to treat skin infections and panaristium (an infection causing an abscess around a nail), hence its name “Nàgelkraut” in German, which means “nail plant”. Another particularity of this plant species, found in many extractive sites, is that it practices nyctinasty : it spends the day open, its petals spread out towards the sky before closing in on itself at nightfall, thus avoiding herbivorous predators, which are especially active at night.

So, if early in the morning in a quarry, you notice a small plant in the middle of the rubble stretching out with all its white flowers before starting its day, say hello from us; it is for it and the other pioneer species that the Life in Quarries project and its members are working.