Last year, a colony of sand Martins had established it’s summer neighbourhood in the Moha quarry (Carmeuse), located in the Walloon region of Belgium. They came back a few weeks ago.

Located at Wanze in the area of Liège, this quarry (exploited by the Carmeuse operating company) is one of the several extractive sites which are involved in the Life in Quarries project.  And, this year again, it welcomes some sand Martins, recently came back from Africa where they spent winter. 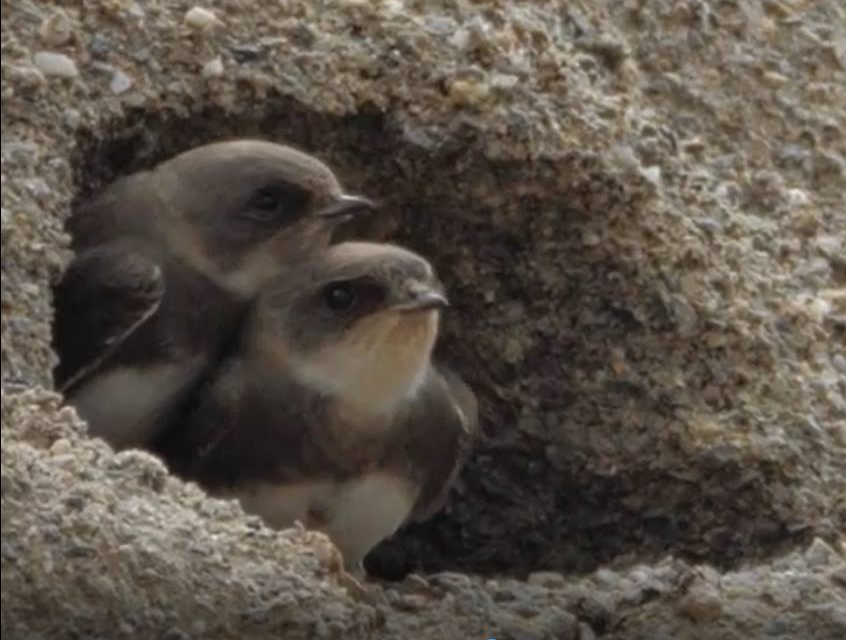 Smaller than barn swallow which nests in our cornices and our stable farms, this swallow (Riparia Riparia) is brown-feathered with white underparts and a thick brown band across the chest. It also has a white chin on it’s brown head.

Like more migratory species, they live in colony but, unlike other swallows, they do not build a nest :  they dig burrows in the sandy riverbank where they hunts insects.

Threatened by the depletion of natural riverbanks and loose cliffs, most of them live today in operational extractives sites (such as quarries or sandpits), where they took shelter in cliffs formed in the loose materials stocks.

A cohabitation between birds and excavators which can go smoothly thanks to the application of a dynamic gestion plan of biodiversity like the one offered by the Life in Quarries project.

But, beyond the creation and the management of temporary and permanent habitats for several pioneer species during the active phase of the quarries, the management plan of the Life in Quarries project is also part of a long-term vision..

This is why, the operating company Carmeuse, is committing to keep the availability of loose cliff on the Moha during the following 15 years… At least !